Next up in our Client Origin Stories is the first charity of the series. We have been working with Haller for many years and it is so interesting to see how they are still developing and working with people in Kenya from these beginnings in the 1970s. Here's Zoe to tell the story. Over to you Zoe...

The Haller Foundation is a UK charity and Kenyan NGO which unleashes the power of people and nature to create thriving ecosystems and communities. We strive to ensure what we do is both sustainable and environmentally sound… and that includes our website which has been hosted by Green Hosting since it’s launch. 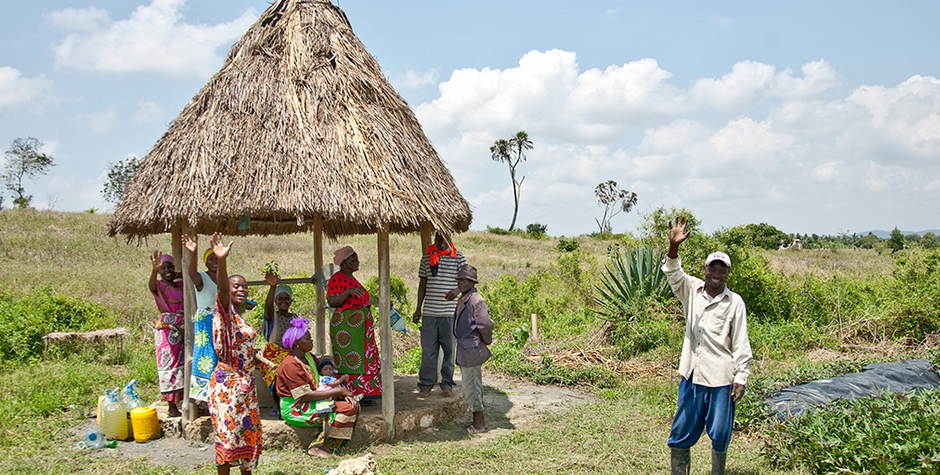 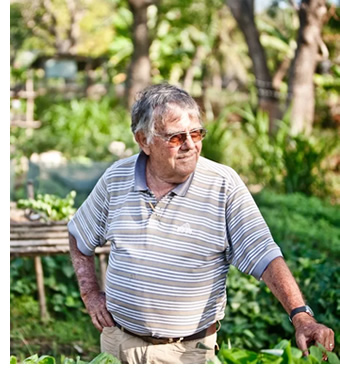 We take our name from Dr. Rene Haller - an award-winning Swiss environmentalist and UNEP Global 500 Laureate. Over the past 50 years Dr. Haller has been driven by a growing passion for resourcefulness; experimenting with nature to restore life to degraded landscapes.

It was in the 1970s that Dr. Haller developed an approach which has been the source of our inspiration. The Bamburi Cement Company in Mombasa wanted to repair the damage to the landscapes caused by quarrying and allowed him to access it’s acres of disused limestone quarries. It was a wasteland: abandoned and forgotten. But Dr. Haller believed he could bring life there again.

Through experimentation, science and years of careful observations of the ways in which plants and animals interact, he was able to transform the moonscaped surfaces of the quarried landscape into an abundant and diverse forest ecosystem. Within 20 years he had created a sanctuary for endangered species, and a resource for local communities. He was able to nourish the land through the introduction of “pioneer” plants, red-legged millipedes and nitrogen-fixing microorganisms.

The impact of Haller Park

Due to Dr. Haller’s regenerative work on the harsh landscape, the former limestone quarry became known as The Haller Park. Covering 7km2, it is now a flourishing hub of biodiversity, home to over 2 and a half million indigenous trees, wildlife, birds and insects - all of which play a key role in maintaining the balance of the ecosystem. But Haller’s vision wasn’t just for ecology, it was also for the local economy to grow, convinced that both could work in harmony. The Haller Park became financially and environmentally sustainable through the creation of 46 natural business streams from fish farming to agroforestry. This in turn, provided livelihoods, supported its regeneration and improved biodiversity.

The park is now recognised by the Eden Project as one of the ten most effective environmental restoration projects in the world. It stands as a beautiful nature reserve, but serves as an enduring reminder of the importance of safeguarding biodiversity for the success and sustainability of our ecosystems.

Dr. Haller’s restoration projects didn’t stop with The Haller Park. Throughout his lifetime, he took the lessons that he had learned and adapted his methodology to continue rehabilitating other degraded landscapes in the Mombasa region. The Nguuni Nature Sanctuary was formerly a Jurassic shale quarry and today it is a one square kilometer ecological haven - a combination of savannah grasslands, wetlands, acacia and palm trees, making it a perfect sanctuary for African wildlife. The sanctuary is bordered with urban settlements and yet provides the green lungs of Mombasa demonstrating how people and nature can co-exist in harmony. Both tourists and local residents frequently visit Nguuni for the opportunity to see an exotic array of birds and wildlife in their natural habitats.

It was Dr. Haller’s model for sustainable living and the balance between ecology and economy that captured the attention of Julia Hailes and Louise Piper who had visited him in Kenya previously. Founding Trustee, Louise Piper said, “We were inspired by what we saw and wanted a vehicle to scale the impact of the methods he used. We wanted to raise awareness of the potential to repair damaged environments and to work with the local communities to help them benefit”. They believed that Dr. Haller’s work could become a blueprint for restoring badly eroded soils across the region. Together they co-founded The Haller Foundation in 2004 which aims to build on the lessons learned in the rehabilitation of degraded landscapes, and use his ecological approach to help the millions of smallholder farmers living on depleted soils.

Over the last 17 years Haller has worked with over 50 communities to enable them to restore their soils, green their landscapes and to make a viable livelihood from farming.

Auto-installer now available on all accounts